Erik couldn’t stop thinking about her, the hybrid he called Bliss in his mind. He’d never spoken of not even to his warrior brothers. She wasn’t like the others, chose not to fight but escape. Only the gods knew what kinds of horrors she’d encountered living with the Shen and after another sleepless night, Erik decided he would find out. He found her in Mississippi, bartending in the dim light of a nightclub and her name was now, Joy. She wanted to enjoy her freedom, didn’t want to know anything about the war that still raged on. Even as Shen hunted her and she fought for her life, she refused his help, his protection.

Erik wanted no man to touch her, her body, her soul everything about her was meant to be his even if she denied it. The attraction burned between them and Erik couldn’t deny ever fiber of his being screamed to be with her and her innocence was her undoing. When Orin and the warrior court found out about Joy. They didn’t know if she was friend or foe and some wanted her destroyed. Erik knew he had a choice make if Orin deemed her an outcast. His honor, Paladin and all he knew or his mate who needed him more than she wanted to admit. 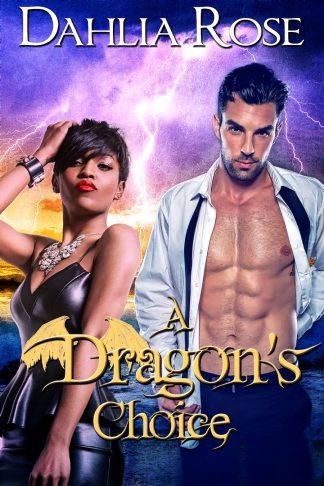 You're viewing: A Dragon’s Choice (The Paladin Dragons Book 9) $2.99
Add to cart