If in two years we’re both not hitched, we’ll get together and make a little us.

Remy Sanchez recalled the words from their conversation not so long ago. He and Lynette Bridges made that promise in London in front of his closest friends. But after the almost-tragedy that Favian and Adira suffered, Remy saw his life altered. He didn’t want to wait two years. The one kiss they shared was always on his mind. Lynette and her quirky fun nature kept him on his toes. Remy knew in the months that passed, she’d stolen his heart. He wanted a home and family with her. Over dinner, he told her how he felt, and Lynette agreed that they should take their relationship to the next level. Who knew two intelligent minds could create so much heat between the sheets?

Two months later, Lynette was pregnant, they were living together, and life was blissful. But the past was sneaking up on them faster than Remy expected. He wasn’t always the nicest guy. He sometimes used his brawn instead of his brain. Lola, a girl from the old neighborhood, was causing trouble, and when a bullet catches Lynette in the shoulder, reality came screaming in. When Lynette broke up with him and went back to London, Remy saw the life he wanted and the woman he loved being taken away. Could he finally let sleeping dogs lie for good and reclaim his family and be in his child’s life? Remy was certain of one thing: he’d fight until his last breath for that which he coveted most. 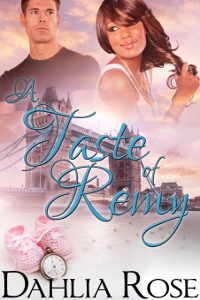 You're viewing: A Taste of Remy (Latin Billionaires Book 2) $3.99
Add to cart