Sophia Johnson knew what she was from the time she was able to understand the word shifter. Her father and all the men she called Uncle in the Army Beasts unit made sure she was proud of who she was. She grew up with other children like her on the unit compound, and when their true nature was revealed to the world, they were hunted. The family she knew had to break apart and stay hidden to survive. They left the country her parents bled for and almost died for, but now she was back on United States soil sent on a mission to save others like her. They thought they had destroyed the Army Beasts, but they were so wrong.

Lachlan Kincaid was the one she was sent to protect and bring into the fold. The sexy Scotsman and lone wolf would be an asset to the team if she could get him to behave and listen for more than thirty seconds. But when he kissed her, she didn’t expect the curl of desire in her belly. Nor did she expect her mission to save him would end up with them up against a billionaire holding his sister hostage in a castle on the cliffs. All she knew was that when he claimed that she was his mate, and she told him to go to hell, it was a lie. Now she was fighting alongside him for their lives and for love.

Be the first to review “Army Beasts 2042” Cancel reply 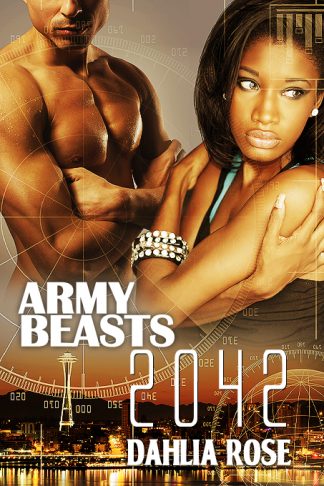