Sierra Sweeting knew she wanted to be part of the fire department from the time she was sixteen years old. She worked her but off to become one of Boston’s finest and she called the men and women of Ladder house 24 her family. While she was fantastic at her job, but girlfriend material she was not. Plus most men she’d dated seemed intimated but he fact she could carry a sixty-pound pack and run into a burning building. After one to many failed relationships with guys wanted to prove their masculinity, Sierra decided the single life was for her and she dated for fun only.

Then she met Dawson Lowe totally buy happenstance at a call and he made it quite clear his intention was to have her. How could she explain to the sexiest man she ever met that she was notoriously not good at relationships? Especially when she could see herself falling for him, big time. But Dawson wanted her to see that being bad at love maybe wasn’t her fault and it would take the right man to handle her heat.

Be the first to review “Bad At Love” Cancel reply 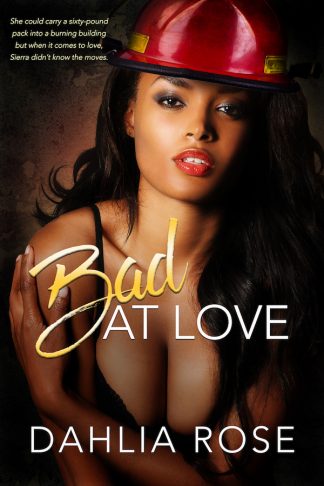