Bun in the Oven

Vince Merrick spent fifteen years in the army, protection his country and now used his hands to create some of the most delectable dishes and now was living his dream. He owned the quaint beachfront restaurant in Monterey California called Constables. He was the Chef that gave you the ambiance along with amazing food. Working at his side was his sous Chef Annalisa Torres, a transplant from New York who helped give the menu an east coast Spanish flare. With a storm raging, trying to keep the business from flooding left them trapped for the night. Vince and Anna give into a passion that was stronger than the harsh sea wind that buffeted the walls of the restaurant. But that led to a complication neither of them expected, Anna was pregnant.

He never thought he’d have a future let alone a successful business and now a family. But each time he proposed to the woman who tormented his dreams, she said no. It didn’t mean that she didn’t drive him mad with wanting her or had a problem sharing his bed. Yet the ultimate commitment seemed off the table even though they were expecting a child. It became even more complicated when her parents and brothers arrived. Her father wanted a shotgun wedding, (he literally had a shotgun) thinking Vince was the hold out in the relationship.. All Vince wanted to do was to raise their baby with the woman he loved. The problem was nothing seemed to please her parents and even when they did get hitched.

Be the first to review “Bun in the Oven” Cancel reply 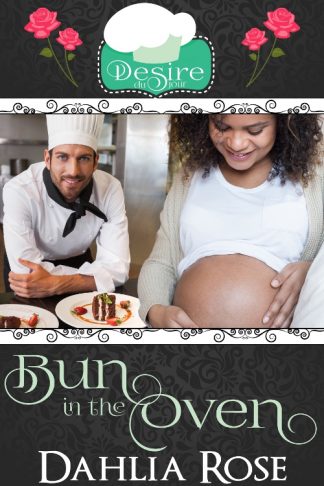