Azaria Wyatt was raised a military brat so traveling and being in a different country was not new to her. She went places that few dared to go to get the pictures that magazines vied for. On one of those trips, however, it seemed her luck ran out because she found herself stuck in the middle of the Amazon with her travel guide having left her to be kidnapped for ransom. Using her SAT phone, she reached out and was given a way out in the form of a Navy ship, but they couldn’t break protocol to get to her; she had to make her way to them. Azaria knew she couldn’t swim it, so under the cover of darkness she stole a small boat.

To hell with being a hostage or worse, she was saving herself. Finally, safe and aboard the USS Goliath she was taken to the Commander Dane Pratt. His sexy dark eyes and handsome looks captured her interest instantly. But the straight-laced naval officer had one thing to say—no fraternizing with the crew. That was all good and fine because it wasn’t the crew that captured her interest but the commander. Being out to sea for three months before they returned to U.S. soil, Azaria wondered if she could get the sexy ship captain to break a few rules with her.

Be the first to review “Captain On Deck” Cancel reply 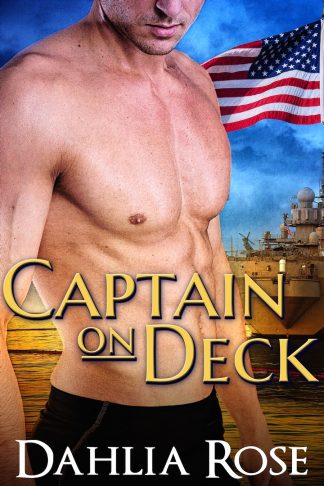