When John Stone found Margo Lee she was cowering in the corner of her office, dazed with blood trickling down her temple. The attack left her blind over a year ago and the doctors said nothing was wrong with her eyes. The trauma of what she saw caused her condition. With no idea why she was attacked and no clues in the case, it had gone cold, yet John still knew she was in danger. The urge to protect her took her from victim to friend in that year.

As she struggled to accept her knew life with no sight, her strength, resilience and beauty pulled at his core. A frantic call from a neighbor sent him running to save Margo. She was trapped and terrified in her own home by an assailant who was trying to break in. It wasn’t over, someone seemed to think she had something they wanted and was willing to kill her to get it back. John needed her to remember. Even though her kisses and the ache she made him feel caused forget he was a cop first. He wanted to protect her, seal her away from all that would harm her but to do that John had to uncover the truth.

Be the first to review “Castle In The Sky (S.W.A.T Chronicles Book 5)” Cancel reply 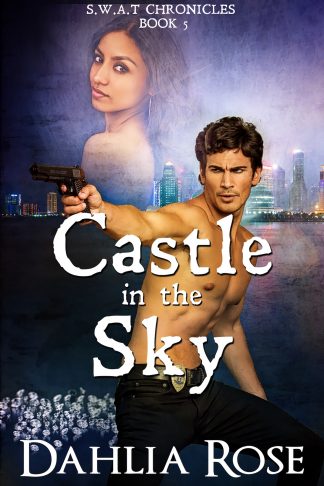