Portia Teale aka Plum was spunky, vivacious and flirty with a quick smile and a kind heart. But no one saw past her body and while she was growing up she was taunted with the name “plump plum.” She learned to accept her figure and was happy in her own skin. She considered herself fabulous and curvaceous even if no one else could see her beauty she sure as hell could. Mr. Right would come along when he was good and ready, till then she wouldn’t settle for “you’re pretty but if you weren’t so big…” hell no. Christmas came around and her little flower shop was selling poinsettias and holiday bouquets faster than she could make them. Mr. Hollis Wright came into the store with a rush order for a holiday party and showed more interest in her than her flowers. She accepted his dinner date and from the first kiss sparks flew.

One minute he was buying arrangements for a party, the next he was dating the sweetest plum in New York City. Hollis didn’t care about her size or gossip. When he kissed Portia made him feel more alive than he felt in a long time. To him she was the most beautiful woman in the world. That doesn’t mean people didn’t talk when the dashing eligible bachelor showed up with her on his arm. From a size two to sixteen, one headline read and it faze him, it was his life and he lived it on his terms. The only thing that mattered to Hollis was the size of her love. While she thought that a holiday fling, Hollis was going to show her he had something more permanent in mind.

Be the first to review “Christmas Plum” Cancel reply 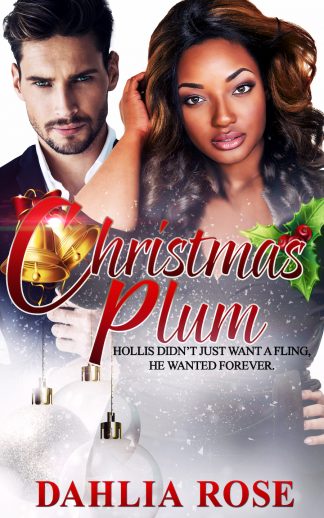