Hawke lived a solitary life, humans were bothersome, petty and he hated how they treated each other. He took amazing wildlife photos for magazines and sold them through his agent. Very rarely seen in public, he was known as an eccentric man who liked to live alone. That’s how he liked it because from his amazing home in the trees, he could take flight and soar in the skies. Until Tiana Swan wandered into the path of danger and he had to save her. In the peaks of the trees where you could almost touch the clouds, Tiana caused a stirring in his soul. He pushed the feeling of loneliness aside for too long and as much he hated the fact, it all came flooding in. He fought the urges to claim her but the first kiss was seared him to his core. The second he touched her, Hawke knew he’d found his mate. But Tiana held a secret that could destroy the trust he very rarely extended to anyone and drive him further away from civilization.

Be the first to review “Hawke’s Nest” Cancel reply 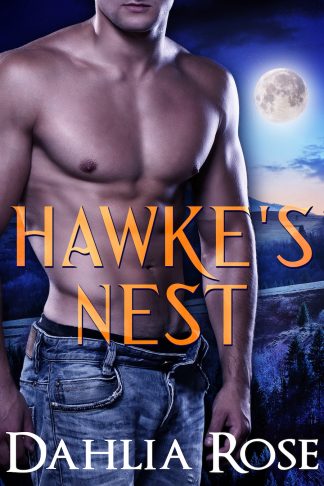