My Daddy Is A Hero Trilogy

Master Chief Marrone – Two weeks before leaving Afghanistan and retirement, Master Chief Fabian Marrone got news that froze his heart with fear. His two-year-old daughter Caelynn had been taken by his drug addicted ex-wife, and she was on the run with their child. With no family, he’d left his daughter with the only person he could trust with his life, his best friend Taryn Nevin. She was the one to meet him at the airport when they let him go home ahead of schedule. And Taryn never faltered every step of the way as they tried to find his daughter. He was accustomed to seeing Taryn as his best friend, so when she kissed him until he couldn’t think straight and pointed out that there could be much more, Fabian was left speechless. He looked at Taryn through new eyes filled with desire, passion, and lust. Would taking their relationship to a new level enhance what they already had, or would he be left without her as a lover and friend?

First Lieutenant Cutter – First Lieutenant David Cutter was on his way home to surprise his children. He’d lost his wife to a tragic accident leaving him a single father to twins. He had to raise his children and that coupled with being a marine was sometimes a hard task. His mother was their care provider but he wanted to do something special for his kids. They both spoke of their teacher Ms. Noelle Cherise often and with his mother’s help he contacted her with help for his plan. Who knew that their teacher was such a beautiful woman with gorgeous almond eyes. When David met her, he found his interest was in more than his kids’ education. On impulse he asked her out on a date, and after the first kiss, he knew there was no way he could ever walk away. With his wife’s parents in the mix trying to make their new relationship as difficult as possible, David hopes with all his might that she can weather the storm with him because losing her would destroy him all over again.

Gunnery Sergeant Aidan Brooks – Lies made Gunny Sergeant Aidan Brooks turn away from the connection he made with Cherish Walker. Their one nightstand that was filled ecstasy and need like he never knew ended with his friend ruining it all. It seemed that it culminated in something else as well because when Cherish finally reached him, she was three months pregnant. When the truth finally came out, Aidan rushed home just in time to see the birth of his son and the betrayal in Cherish’s eyes. Dealing with bombs, insurgents, and danger at every turn in Afghanistan was almost routine. Trying to be a new father and make amends for his mistakes with Cherish was the hardest mission of his life. He loved the woman who gave him the gift of a child, but working his way back into her life might not happen if she never trusted him again. 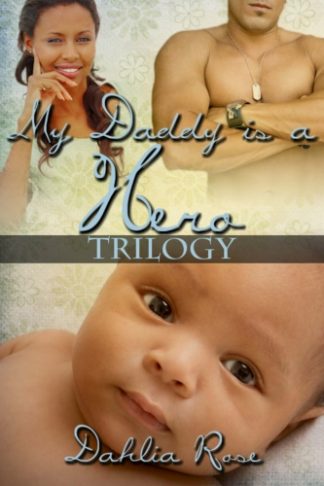