The Shadow of Death

Riker’s Island lived up to its name, a place where criminals were taken and didn’t leave until their sentence was up. There was no way off and the residents of New York were safe. But who kept the prisoners safe especially when they first murder happened and then another and another. Who could the killer who thought he as dispelling his own brand of justice? Suspicion was thrown on everyone, from the guards to social workers. It was up to Detective Christopher Blake to figured out who cast a shadow of death across the justice system. Especially when his girlfriend, Hailey Atwater was trapped on the island in a prison hostage situation. They were given a choice find the person was doing the killings or his girlfriend and four other people would die. He had to save the lives of harshest men in the prison system to save the life of the woman he loved.

The winter in New York was a cold wet and messy, not a wonderland for New Yorkers unless you were a diehard city goer. But for tourist well New York was a mecca. For Detective Renaud Slade, it started the season of the crazy. He had no for it, tourists getting pick-pocketed and sometimes worse… it just sucked royally. Chris was on his honeymoon in the Hawaii and Ren was working alone. When the first murder happened in Rockefeller Center he thought it was just another routine job. Then a second happened and a third all in different high tourist locations. Ren knew this wasn’t winter depression, a SADD lamp couldn’t fix this. The killer was finding a sick thrill in each victim. Not only was his city under siege, now he was partnered up with a criminal profiler who knew more about books than she did people. Lisa Fable was sexy as hell in those glasses and sensible shoes. Ren wanted to kiss her until her sense of logic was melted into the floor. In between attraction and murder. They needed to find the killer fast in the throngs of potential victims who descended on the city each year. Ren had the sinking suspicion that their killer had an end game, that didn’t include being caught. 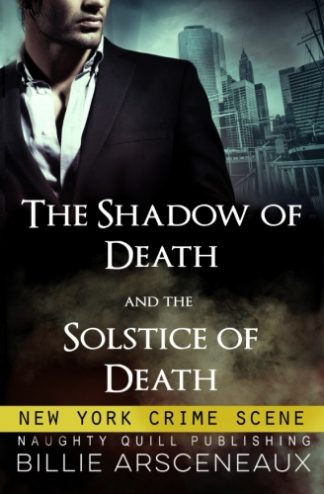