Staff Sargent Hunter Mateo watched his friend Kyle Carlton die in the middle of a firefight in Afghanistan. Then it was his honor, his duty to hand Kyle’s widow the folded flag and the condolences of a grateful nation. The reply she uttered cut him to the core and Hunter made a vow to be there for Linnea and her daughter Quinn. Over the year his best intentions turned to need and then love. After their kiss Hunter wanted her more than he thought was possible to want a woman.

Without expecting it, Linnea and Quinn had wrapped their way around his heart and their happiness became the foremost thing in his mind. But in life there is always someone trying to throw a wrench in a relationship and it came in the form of Kyle’s mother Jane Carlton. She tried to take over Linnea’s world and when she found out about their new love. Her actions could shatter their lives. Could his love be the one thing that heals their wounds or would he see the woman and child he loved lost from his life forever?

Be the first to review “Operation Daddy” Cancel reply 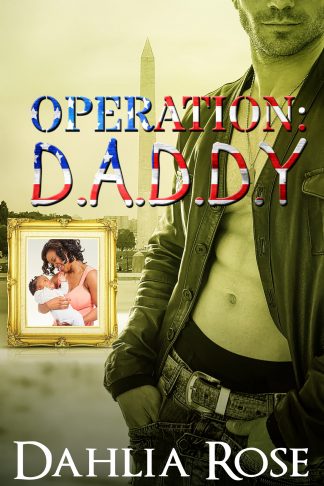