Some Kind Of Wonderful

Bonnie Gabrielle loved the new life she picked for herself and her unborn child. Her new house in Nags Head, North Carolina was perfect, and the baby’s room was complete. Life was good even though she was a single woman a few weeks from becoming a mom. Obviously not everyone thought so because while planting tulips she was invaded by heer best friend’s brother. Special Forces soldier Conrad Lewis came to rescue her even though she didn’t need to be saved. Now a hurricane was bearing down on the island, and she was stuck in her house with a sexy hazel-eyed man. Even after the storm was over, Conrad started a new kind of turmoil inside her with his fiery kiss and strong arms. Despite the things he said and the promises he made, she didn’t expect him to stay. Would Bonnie be able to withstand falling for a man who blew into her life like the winds of a hurricane?

Be the first to review “Some Kind Of Wonderful” Cancel reply 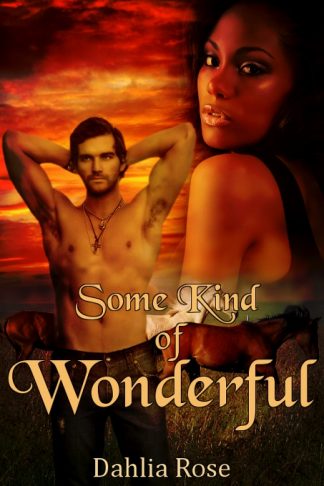 You're viewing: Some Kind Of Wonderful $2.99
Add to cart