Poor, little rich girl… Charlotte “Charlie” Morehouse is used to getting her way whether with her name or with her father’s money. Mother Nature had other plans. On the way to an exclusive island resort at Bora Bora her father’s yacht gets caught in a storm and ends up stranding her on a deserted island with Jeremy Frost, her bodyguard, who goes from strong and silent type to ordering her around. How dare he! Between bickering, avoiding starvation and dehydration, and working like she’s never worked before they share a kiss so hot that it rocks her world. Attraction burns white hot between them. Charlie starts falling in love. Hard. An act of betrayal could change all of that. Can she learn to forgive or will she lose the love her life forever?

Until the storm Charlie was just a job to Jeremy Frost. Another spoiled brat he had to guard with his life. Spending time with her, forcing her learn the valuable life skills he’s had to develop since a young age brings them closer together. Things go beyond teaching her survive for herself rather than on daddy’s money and her name and blossoms into the unthinkable: love. An act of betrayal on his part has him doing whatever it takes to prove to her that they shared on the island was real. He refuses to let anyone and anything tear her away from him. But will Charlie give him a chance to find paradise again or will they end up completely wrecked?

Be the first to review “Wrecked” Cancel reply 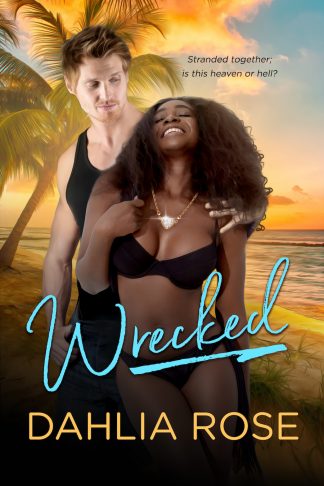